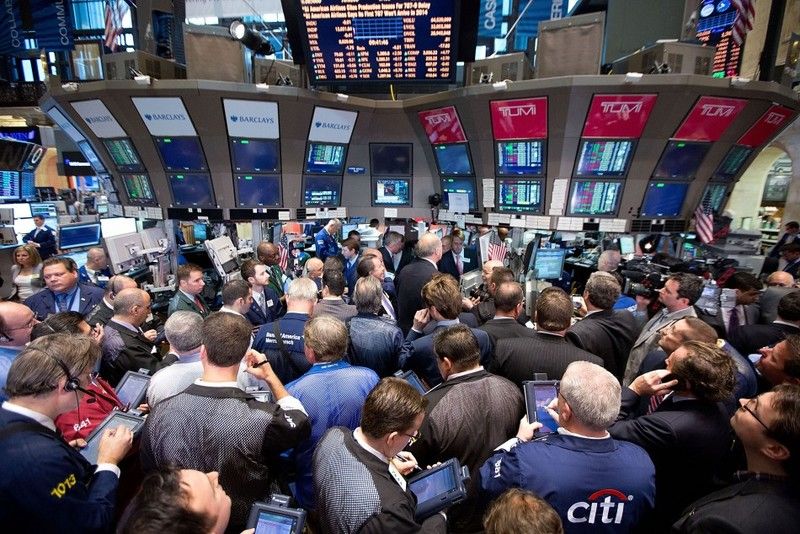 Stock exchanges are very important to the world of trading. After all – it is where trading happens. And the history of stock exarches might be far deeper and far longer than you might possibly think.

It appears that the stock exchange as we know them today have first appeared about 400 years ago. It traded the stocks of Dutch East India Company. Of course modern stock exchanges are far busier and far more popular. They hold as much as 80 percent of the whole global market capitalization. And today we are looking at the top 5 biggest exchanges of the world.

Founded in 1792, the NYSE has been the largest stock exchange in the world since 1917 after it has it swallowed up the London Stock Exchange. Its market capitalization reaches $22.9 trillion and it has about 2,500 companies listed. It is not only known around the world but also very famous domestically as it is reported that 54 percent of Americans have at one time invested and traded with it.

It is accounted for about 30 percent of the market capitalization of the world.

The NASDAQ stock market was founded in 1971 in New York and by this day it is considered the center of technological trading as many technology companies like Apple, Microsoft, Facebook, Amazon, Alphabet, Tesla, Cisco, and others are listed here. Its market capitalization adds up to $10.8 trillion. Well of course – with such big names on the list it is no wonder.

Tokyo Stock Exchange’s history started in 1878. Since then it has acquired close to 2,300 companies and its market capitalization reached the point of $5.67 trillion. It has somewhat of a rocky history with it having been closed for 4 years due to WWII but reopening it in 1949 gave it the possibility to get such great listings as Toyota, Honda and Sony.

It is the largest stock exchange in China with market capitalization of $4.02 trillion and a non-profit organization that has more than 1,000 listed stocks and shares. Though its origins date back to 1866, it was suspended following the Chinese Revolution in 1949. Very popular both inside the country and abroad it is only getting more and more power with each year.

Founded in 1891 Hong Kong Stock Exchange listed about 2,000 companies, about 50 percent of which are from China. Its monthly trading volume reaches $182 billion and its market capitalization adds up to $3.93 trillion. The exchange doesn’t stop at the reached points and keeps on developing.

Just imagining the amount of money that revolves in these places can make even the trader who has been in the markets for a day feel important and a part of something grand and big.

When will the biggest stock exchanges be

Happy New Year to all of our users!