Bull market ran out of steam. What’s next?

Bull market ran out of steam. What’s next? 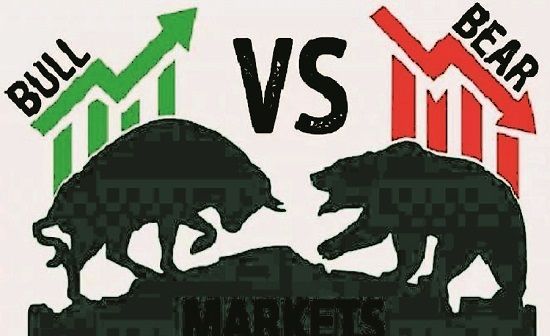 It is no secret that the markets as well as us traders has been riding on the bullish moods for a long time. In the United States’ segment of the market this mood lasted for the last decade and we truly enjoyed it. but everything must end someday and today we clearly see that the bullish stream is running out of the market machine, so we are left face to face together with bears. And we are going to have to watch them for some time to come.

What is the reason for todays’ fall? It is simple – there is simply too much tension in the markets for our taste. European Union Italian crisis, Brexit, US-China trade war, weak safe havens and total lack of thereof – all of that is adding up to the tensions in the market and brings sentimental moos wit itself.

Today became a pivotal annual day for traders. of course losses like we see today in Asian, European and American markets are not going to go by without any consequence. After all we see a horrific wealth wipeout. A little bit less than 8 trillion dollars was wiped from the world market cap today. And we sense that it may very well be only the beginning. Bulls are going out – remember that!

Greenback’s behavior, although needs to be strong and certain in times like this is still only adding insult to injury. Yesterday we saw it peaking towards the highest position in a year with 0.4 percent advance against the six major currencies, but today the gains were wiped out as well. And what is more damaging to the greenback is the fact that no one really looks at the annual gains done by the currencies or indices, 2018 is still pretty rich on the gains, but every trader is only looking towards the losses.

And losses and wipeout are experienced outside of the United States as well. They might be even more visible outside of the US. Like that about 60 percent of all of the MSCI companies are now entering bear market. Europe sees quite a lot of losses as well. With that being said it is worth mentioning that there are stocks and indices that mange to stay above water in critical situation like we see today.

Out real concern as called by the fact that some of the indices have already passed the 20 percent losses mark. And that point, as we know it is pivotal and crossing it for the index may mean a long time for a comeback on the top.

Will bears ever leave? According to the numbers and overall tendency through the year we are going to predict that is going to take some time for the markets to gain their steam back. At least a year. That’s right. We will have to endure through rapid and sudden falls like the current one for at least the entire 2019.

Although the performance of the markets has been jumpy and there is still hope for the numbers to bounce back from the losses, it is doubtful that the recovery is going to happen as fast as we need it to happen. 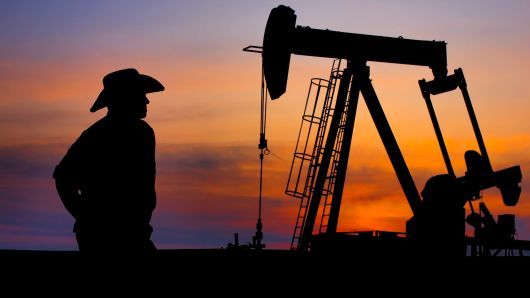 As we all already know, everything in the markets is tied together and connected with each other. Thus it would be wrong of us to talk about bears in the stock market and to look elsewhere for the losses. And, unfortunately for us, we found a pretty obvious asset, taken down by the stock market plunge.

Oil. the crude has been giving us worries for several days in a row now with either gains or losses and with its uncertain movements. But unfortunately after the gains experienced by the crude the trend was on the downside. And today the prices for cure have dragged even lower by the overall negative behavior on the market. But that is not the only thing damaging the crude today. We talked about hazards, looming over the oil market – Iranian sanctions, output turbulence, OPEC uncertainty. Shakes like that rarely go by unnoticed.

After the great climb of the asset, Brent lost 9 percent, while WTI declined 10 percent in various falls. But we are extremely far from the end. Market is still trembling with expectations of the American sanctions towards Iran to kick in. Pressure from Iran is not only damaging for the market, but for the countries that were expecting to purchase oil from Iran as well. Like China – cheaper oil could really help its rapidly declining economy, but today it is quite impossible for anyone to but from Iran and not get under American sanctions themselves. So the world is cautious.

For the moment US is remaining the biggest oil producer in the world, even though Saudi Arabia is claiming to increase its output numbers and surpass United States in the field. That we will have to wait to see.

Right now we know only one thing – in case bears are here to stay for at least a year we are not going to see strong oil. too much pressure from the asset. Plus, with the upcoming changes for the scene of oil trading we are pretty much expected to see nothing but downside of the trading in the area.

What’s up with Koreas? 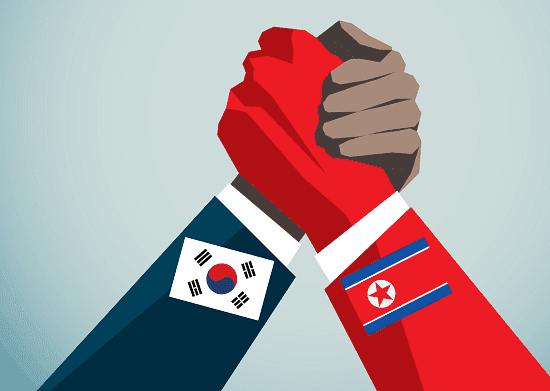 The topic of North and South Koreas is only discussed before and after the meetings, that include both or one of the leaders of either of the countries. It is at that time that we look at the changing political climate in the region and tend to analyze the perspectives for the future of the peninsula. But recent events in the markets force us to look back towards everything that happened this year and towards what might actually happen in the future.

And today we are looking at a question whether the unification of the two Koreas is possible in the nearest future. our answer is no. and the reason for that is simply the fact that South Korea is not ready for the process economically and the people of North Korea are not ready to take the reality of the world all-in.

Fortunately, we have an example of Germany uniting almost 30 years ago. Economically speaking, Germany required $3 billion in order to make the transition smoothly. And with Korean peninsula the situation is going to be even more difficult. There are twice as much people in the South as there are in the North and the economy of the South is 100 times as bigger as the Northern one. For transition to be smoot, the economy of the North has to be uplifted to the level of at least 30-40 percent of the southern.

Plus, South Korea is going to have issue about $7 trillion worth of fund allocations for the unification process. that is how difficult and expensive this marriage can be for one of the sides. And this is already bringing severe hazards to the Southern part. Issuing of so many allocations will surely lead towards international investors leaving the country swiftly and that would lead towards severe financial crisis of the country.

The process done right will take about 20 years. But in case it is done properly it is going to bring us a lot of opportunities for new investments and new markets. Economy of North Korea is going to have to be lifted artificially with a lot of help from international investors as well as international funds who are going to be willing to wait for some kind of return for possibly decades.

But right now we are the only ones talking about the possibility of unification. Koreas are only awaiting another summit to see whether their relations are on the right course at all.