Last couple of weeks really had us worried about the state of economy of New Zealand. We saw its currency plunge down to the lowest level in almost 10 years and recover with speed. Those are not exactly the signs of stability for economy, especially the one that is traded is Asian session – we all know what kind of challenges Asian economy has been facing for the least year and a half. But things in New Zealand might not be as difficult and as bad as we imagine ourselves as today we learn that New Zealand’s economy posted the biggest surplus in a decade. This mean that there is still hope for the economy and currency of the country. 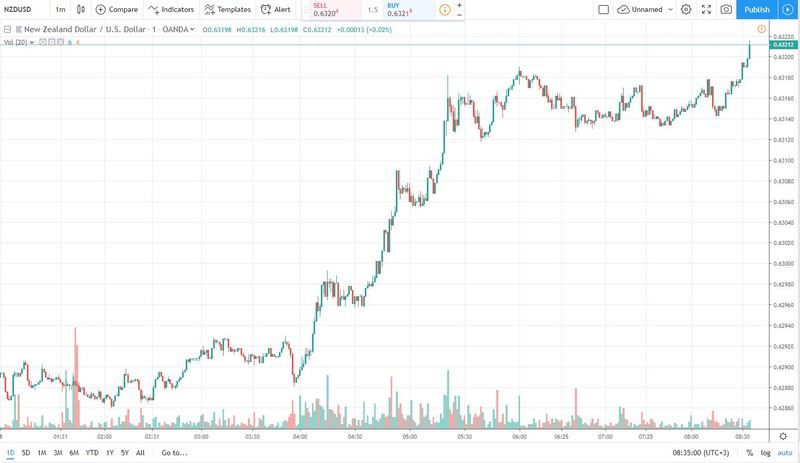 This tone as well as the turbulence around USD are setting a better picture for the currency. Of course, the fact that New Zealand in trading is associated with Asia does no favors to the country, but we are hoping that sooner rather than later the situation is going to improve for the countries in the region. As a result of this surplus the government of the country can loosen monetary policies a little bit which is going to attract traders now and in a short run. Of course New Zealand dollar needs a little bit more time to adapt to this news, but we see a better performance in the nearest time.

While we are waiting for the effect of the surplus to kick in, use our trading signals.

Being First: Add a percentage of confide