Those who were watching GBP and the situation that was unraveling in the UK yesterday are probably understanding nothing right now. And I am right there with you, my friends. What happened?

The Parliament voted for the bill that was going to prolong and postpone Brexit despite the statements given by the Prime Minister of the country. After the parliament voted for the bill, Johnsons announced snap elections which are going to take place in the middle of October. For that he has to dismiss the current MPs and for that he is going to have to ask the permission of the Queen herself. I know, this whole situation is looking very familiar – we have already been through it just a week ago. And of course my first instinct was to check how GBP was doing. I thought that British currency was sent into a huge selloff and that the chart has fallen down. And imagine my surprise when I saw that GBP was… GROWING. 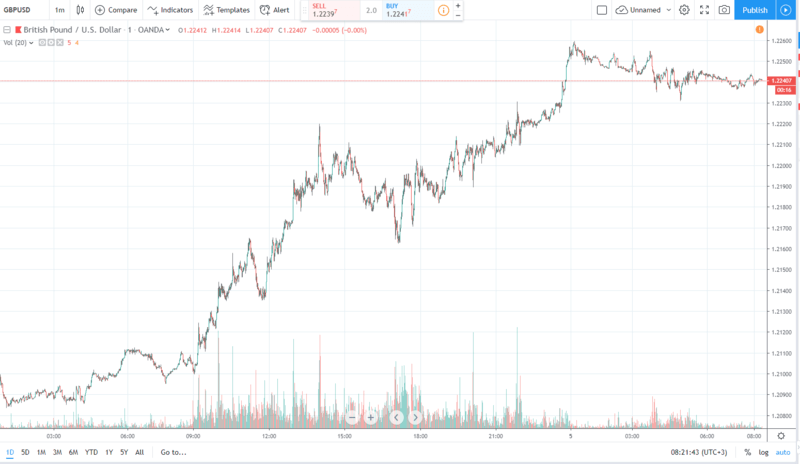 Yes, yes. We can see that GBP is growing at the moment. It seems that even this political crisis that has wrapped around UK is nothing compared to trade war and its effect on USD. It is easy to think that GBP is growing because of the weak USD. And I think that this is the most plausible scenario for what is happening right now. GBP has recovered against the USD, seemingly against all odds which is a good thing, I guess. After so many hits we are glad to see GBP finally standing on its two feet.

With unclear situation like that I thank God that there are trading signals that can clarify the situation for me.