Pressure. That is the exact reason of why we can’t really relax around GBP today. British currency seems to finally be snapping under the pressure of Brexit and a very clear and very real perspective of seeing a no-deal Brexit. But everything looked pretty done? Johnson conducts a no-deal Brexit and everyone starts working on improving the relations between the countries instead, right? Well, it seems that EU is not going to quit without having drove UK to the deal. We think that this in fact does more damage to relations between the two sides of the divorce than the fact of the divorce at all. 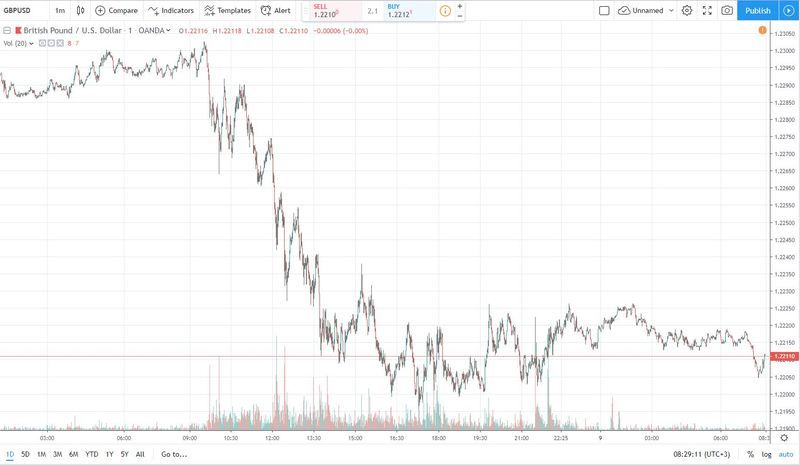 The slide started yesterday after the attack posted in Twitter by the President of European Council Tusk. After that Johnson and Merkel spent a whole day arguing whether Northern Ireland should remain a part of the customs union and Johnson said that the deal is ‘impossible’. Here is where we wish that he said nothing at all as it became the starting point for a very serious decline without any chance for a swift recovery. Selling pound is only going to further damage the currency but a performance like that is not acceptable for us as traders.

We see a clear sell-off, but what to do next and how to trade the couple is not clear. Use your trading signals to get more info on GBP/USD today.