25.09 - UK is getting deeper and deeper into political crisis taking GBP with it.

Just as we thought that political situation in Great Britain couldn’t get any more volatile, it went and proved us wrong. And as usual after big political shakes we are left wondering whether the currency of the country is going to survive and whether our trading with it is not totally blocked. But it seems that after yesterday’s hit pound is holding on, although the volatility for the couple is still pretty big and the downtrend is too strong to ignore, although the currency isn’t necessarily getting weaker and weaker. 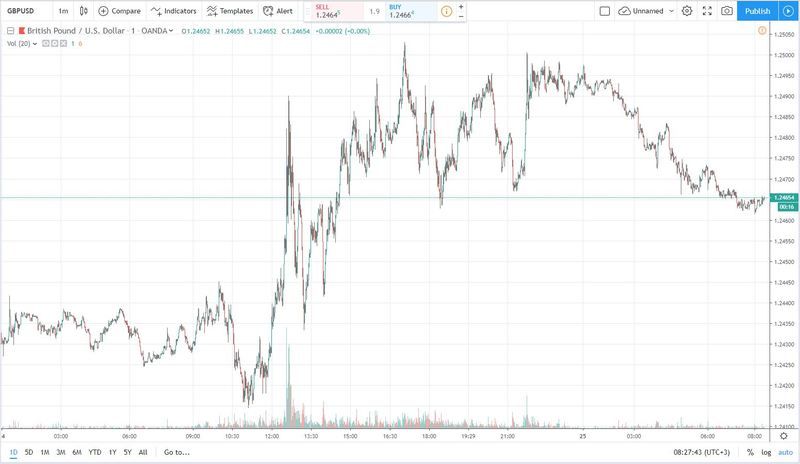 So, what happened? Well, yesterday, British court ruled that Boris Johnson has overstepped his boundaries and that he abused his PM power when he was dismissing the work of the parliament in order to facilitate his idea of no-deal Brexit. The court ruling was predicted to become the reason for the possible resignation of Johnson, but until this moment nothing happened and Johnson even stated that he was not going to leave and that Brexit was still going to happen on October 31, just like he wants, even despite this date being ruled against with laws.

This whole situation shows us how unstable the situation in Britain really is. We can clearly see that the country is getting deeper and deeper into the political crisis. And even though it is not really reflected in the performance of GBP/USD couple, we still need to be prepared for the volatility to go on and to disrupt our trading for at least the nearest days and for today for sure.

Never forget to use trading signals when trading GBP.