Since Monday traders were looking at oil in awe. The climb of the crude was something similar to the stories that we are going to tell our grandchildren years later. But there is one thing that overshadowed growth of oil. And that is the climb of the greenback. It was so rapid and so unexpected that a lot of other assets didn’t even struggle. They just gave into t. The perfect example of it – CAD. It was pretty enough for CAD that dollar grew faster than oil, as Canadian currency is dependent on the strength of oil, but there is also another hit coming. Today Central Bank of Canada is going to give its rate decision and it is expected that the decision is going to stun possible growth and strengthening of the country. 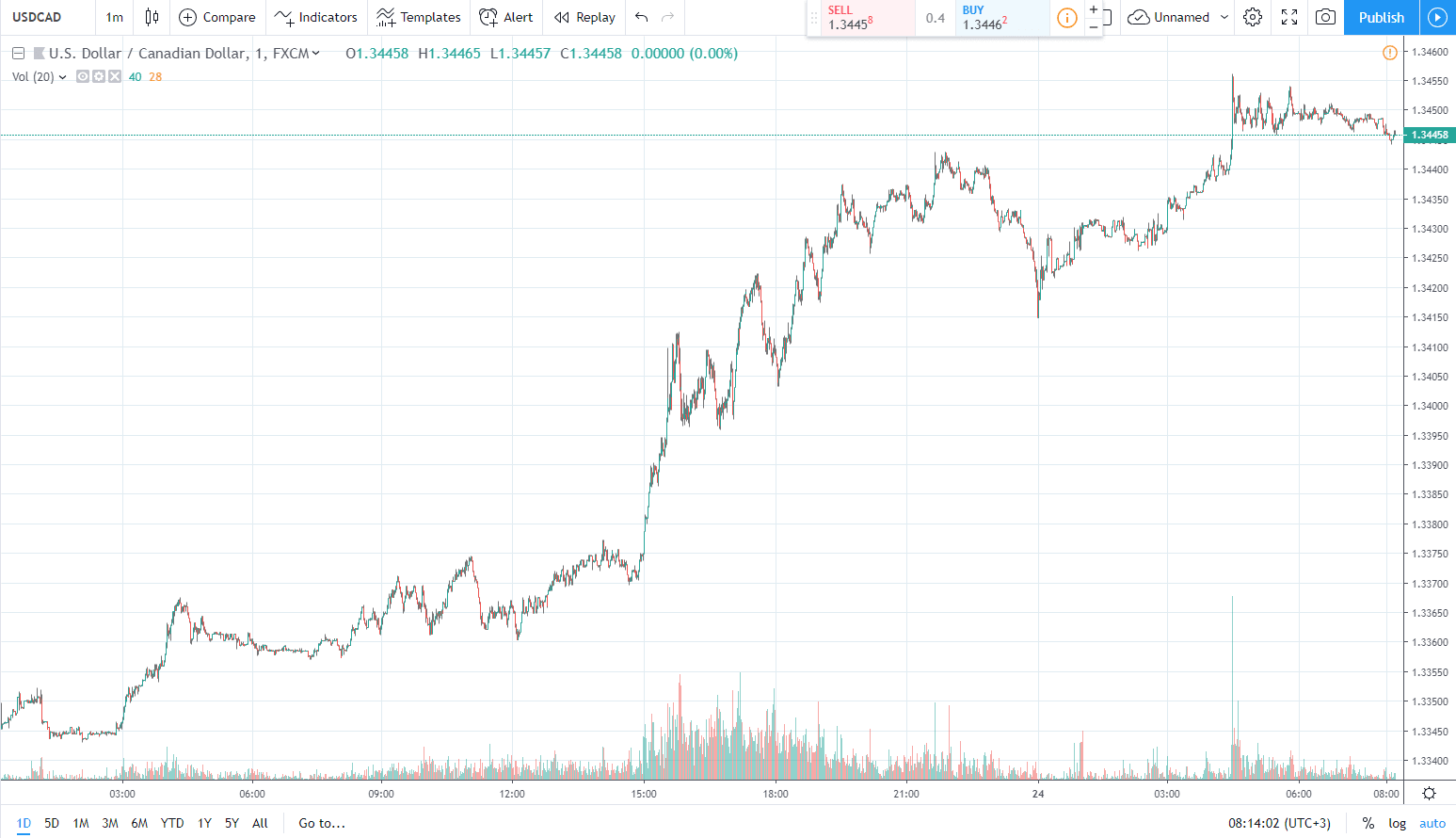 Those who want to explore correlation can look at both – USD and USD/CAD chart. You are going to see that the spike and growth came at the same time in both cases. That is the sign that the growth of USD/CAD chart is all due to the strengthening of the dollar.

Although the situation seems to be damning it is possible to see some positive reaction from CAD after the Central Bank rate decision. If you want to know it all use our trading signals right now!