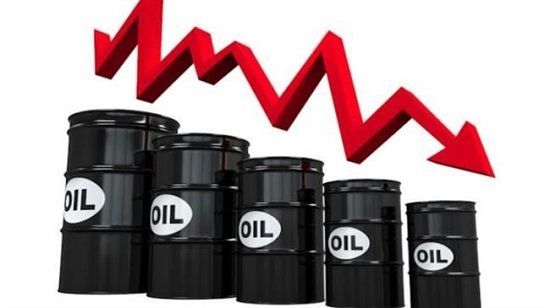 2.11 - oil is set for the worst week since February

As the new month begins we are looking st all the failing assets.

In the last several months United States went from beloved trade partner to an international economic and financial bully. And the transition process hasn’t been that easy on us – traders. we have been suffering the most from all of the changes and decisions made for those in power. And one of the assets that was previously extremely pleasant to trade with has turned into a nightmare of a price-changer as well as lost a lot of investors along the way. Oil.

Oil became just another tool for leverage and pressure for United States to apply to other countries. They are quick to point out oil prices being manipulated by other countries, but the thing is that they are guilty in the manipulation themselves. Like today.

The United States announced that even though Iranian sanctions are going to happen in any case is was said that 8 other countries are not going to be subjected to the sanctions for using Iranian oil. Among them is China, India, Japan and South Korea. And for those who are involved into trading of the currencies of these countries it is extremely good news.

We have already seen the reaction that follows messages like that in India. Once it was announced that those, still buying oil from Iran are going to go under American sanctions, Indian economy almost went into the state of a full shut-down. Rupee unexpectedly fell and the whole situation resulted in the selloff of the currency which further weakened it.

Our point in this case as follows – those who got the US waivers are going to be in a preferable position as it shows the will of the United states to work together with them as well as draft deals. In current financial environment it is very important especially with China.

But the intention here was not to make up. The intention here is to weaken prices for oil and restrict their future growth. And it seems like the strategy work all too well. Prices for crude have fallen by no less than 16 percent since they peaked in October. The week closing overall is the worst that the industry has seen since February 2018. This decline is just one more sign of bears dominating in the market at the moment.

So, what drives oil prices at the moment? Iranian sanctions and waivers to several countries, Russia, increasing the output, OPEC agreeing to up the output numbers and of course bears who are not ready to let go after a decade of a bull market.

All of these factors are simply indicating that we are to expect even more turbulence in prices up ahead. Stable is simply not a word that we would use to describe the market in the nearest future. with only 60 days until the end of the year it is doubtful that the industry is going to recover enough in order to end 2018 on the high note or at least at the same level as 2017 was finished.

Oil market is extremely volatile today. Do you remember the time when oil was actually a safe haven for traders? just like gold. Where did it go and will it ever come back? That is the question for another discussion.