Troubles seem to be behind us as situation in emerging marlet stabilizes.

Troubles seem to be behind us as situation in emerging marlet stabilizes.

One of the biggest Asian economies is in danger.

Asian economy as a whole has been in danger for some time now. We hoped that the situation will sort itself out soon with China trying to find new partners instead of the USA that has been slapping the country with new tariffs for months. But the crisis in Turkey that we talked about yesterday has spoiled everything for traders around the world. And one more country has felt the impact from the Turkish side. Indian rupee hasn’t been the strongest currency in the region but the hits that keep on coming from various sides don’t exactly help India recover.

Yesterday’s trading closed on a bad note for Indian currency as it reached all-time-low with 70.07 rupee per dollar. The problems in the region might be over as Turkish crisis has localized on its own although the crisis started in the first place as an indicator for the bullish behavior of the dollar that has been pressing on lira until it burst. The same thing could have happened anywhere; Turkey has been unlucky enough to catalyze the process with political tension.

Rupee on the other hand is a perfect example of what happens to the emerging economy country when dollar gets too strong to handle. It seems that there is risk of dollar and oil changing the situation on the market so much that there will be no way back from the emerging markets going all the way down. We predict that for now the situation so going to stay the same and that rupee’s fall is only temporary and in the nearest future we are going to see it go back to 69 rupees per dollar in higher. But we still are going to have the problem.

With overall situation in the world there seems to be no indicators that greenback should lose price and back down from its high position. There is simply too much attention focused on the situation. With American currency getting stronger and stronger it is only natural that it should grow as more and more traders come from the unusual currency couples to standard greenback-led-couples. And that is a threat. In this case rupee and lira are merely indicators of the bigger problem that we might have on our hands now.

Strong dollar is not always good. Especially when you are the citizen of such developing and emerging country. Right now we can barely do anything as the process is already ongoing and dollar went on with the growth and hitting heights, not seen by the greenback in years.

Is there hope for gold?

We have been watching commodities market very closely and considering that it hasn’t been the example of stability for the last several months it was very educational. Oil has been jumping up and down and gold, which is the most expensive per-ounce among the most popular metals in the market, has been mostly sliding with no massive recoveries in sight. And right now it has slipped under $1200 per ounce point. Which is a very underwhelming performance.

Despite the overall bad performance in the recent time we don’t see the selloff of the metal. There are no sudden big drops for the metal, just a slide down from previously high positions. And that means that the slide is not calling for the panic in this segment of the market. But why?

Well, we can say that dollar and gold have always been very tight and that there is nothing that can break the bond as it has been there for as long as the markets have. So, strong dollar means weak gold. And dollar has been very strong in the recent time as we can see. And we can’t say that gold has been weal all along there have been days when the gains were giving us hope with the growth.

But the overall picture is not as satisfactory as we would want it to be. After all, when the milestones like $1200 per ounce are left behind one starts to wonder whether the situation is stable enough to long the asset. In this case we have to rely on the opinion of other traders and especially big companies that participate in trading with the particular metal. We are going to watch closely and inform you in case there is a selloff. Which we don’t see the reason for happening, to be honest.

Ups and downs are regular movements for the financial assets and instruments, so we have to wait and see whether dollar is backing down in order to let other assets breathe or we have to selloff every other asset besides greenback. 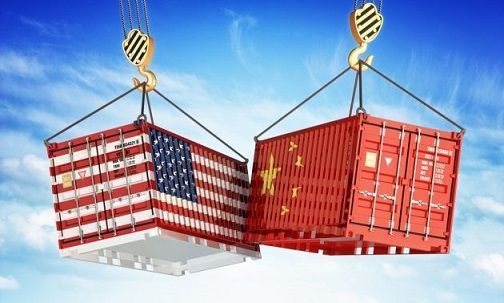 It has been a while since we heard about the new tariffs that Donald Trump loves to slap other countries with. And it is a good thing. For the first time in a long time we want to see the situation without the tariffs’ shade. That is also good because there is hope for the recovery at Chinese equities market. But what happened to Trump and what are we to wait for?

Well, it seems that Trump has his own local storm to deal with. Before his Helsinki summit with Putin the president has been very active in tariff game but after the meeting he has been under a lot of scrutiny back at home. It seems that American society is not ready to accept the President who wants to make friends with every ‘evil dictator’ in the world.

Investigation of Russian meddling in American elections has also been a major factor in forming the current situation in the USA. So, it seems that Trump has a lot of stones in the fire to look for the new tariffs to impose. And that is a good thing. Now we can finally see some growth in Chinese market.

We believe that we saw the last of the bad days in Chinese segment of the market. Yes, Turkish situation is spoiling some of the overall tone of the situation, but with Trump on pause there is a real potential for recovery. Why do we say so? Well, the numbers indicate that there are a lot of new big investors in China right now. The situation suggests that new investors started coming to the segment of the market and recovery is in sight, of course, that is in case id Turkey has localized their problem entirely and their crisis is not going to cause selloffs in the emerging markets anymore.

So, right now it seems that we can finally enjoy Chinese trading.