After such a turbulent day as USD faced yesterday we were hoping that after all and despite it all USD is going to find some peace. And while technically the situation with the greenback appeared to be not nearly as damning as we thought it would there is a very serious decline in one of the major couples involving USD. Of course there the USD is not the one to blame for the fall. It is euro that is coming on too short.

That’s right EUR/USD is experiencing a very strong decline at the moment and even despite the retracement it is still suggested that EUR/USD is not going to recover any time soon and that the fall will go on. 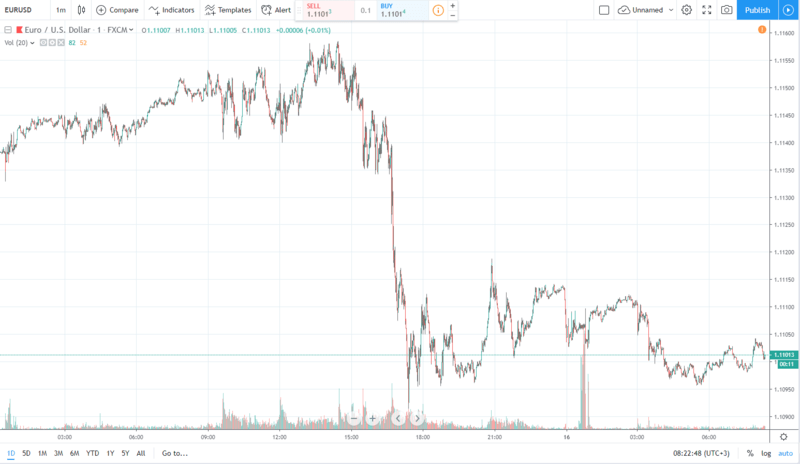 Very slowly but very surely euro is approaching the lowest point in two years. The currency fell after Olli Rehn the Governor of the Bank of Finland and member of ECB dialed up stimulus expectations. In simple words this means that the economies of Eurozone are going to have to be additionally stimulated in order to bring profit and stability to euro. Olli said that it is important that Europeans come up with a package of very serious solutions for stimulating the economy. And that is where the situation gets even worse as if everything were just fine – why the stimulus? If euro hasn’t been in trouble and weakening we would not need any stimulation, right?

These are the exact thoughts which were going through the minds of traders which preferred to rather sell off euro than to deal with its unpredictable and weakened nature.

And the further we go, the worse it can become so it is no wonder that euro took such a low-aimed course for itself.

Use your trading signals to find out more about euro.